On the Watershed: the Threshold Between Sleep and Wake 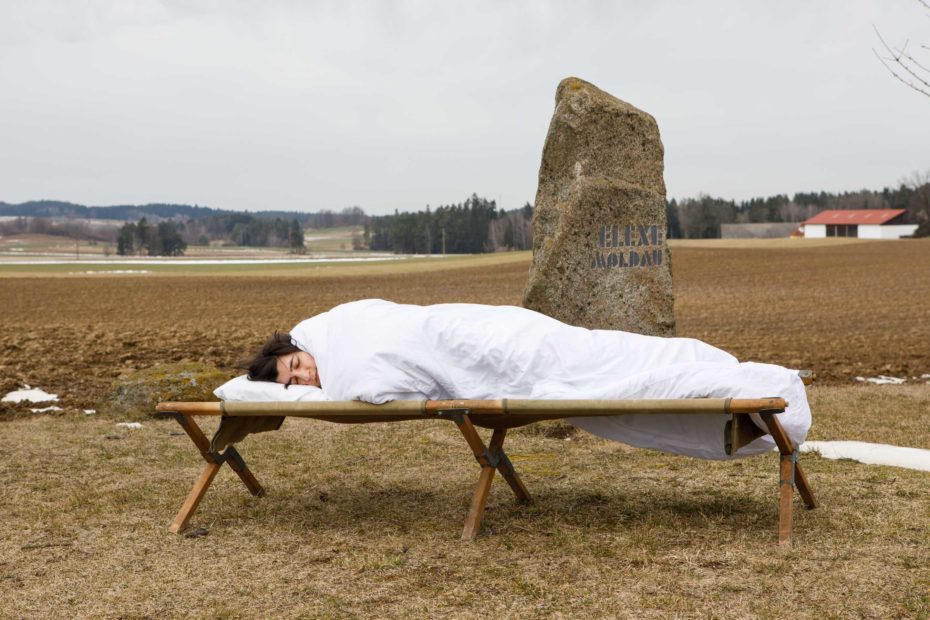 Apart from Vorarlberg, there is only one Austrian region disconnected from the Danube basin by the European Watershed. In Waldviertel, the small region of Gmünd, Schrems and Litschau is connected to the Elbe basin by the Czech Moldau system. It is economically spoken a rather disadvantaged region which suffered from isolation and a impermeable border to Czechoslovakia during Cold War.

With the Austrian artist Anne Glassner I visited the European watershed in this region. Anne Glassner is a performance artist, working site specific, experimenting with the states of sleep, dream and meditation. She explores consciousness crossing borders, interconnecting different states of being and perception. And, interesting detail, Anne spent her childhood in Waldviertel, the specific landscape is part of her memories. 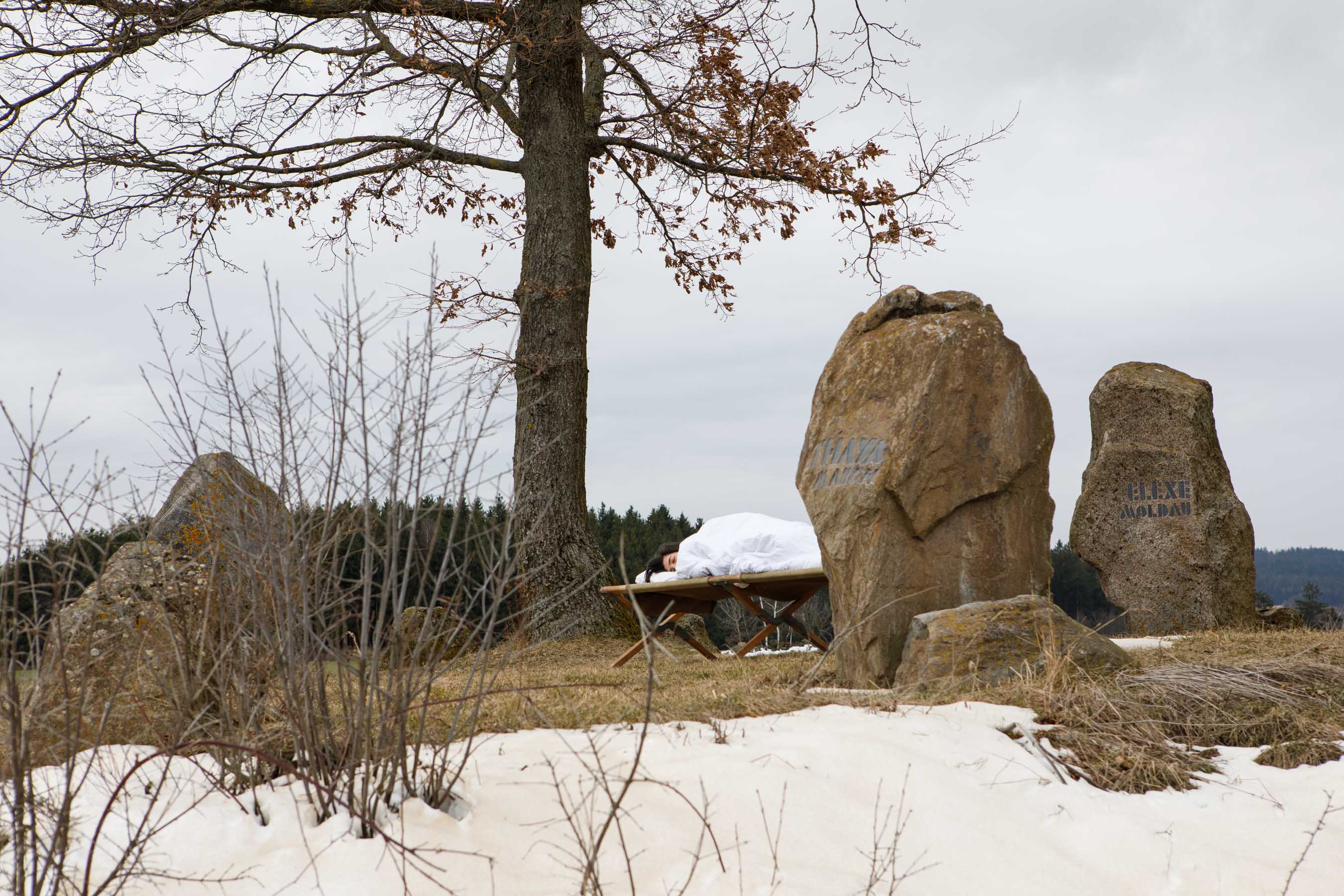 During her sleeping performance at the watershed, Anne Glassner explores the qualities of experiencing a threshold – both the geographical threshold of river systems and the thresholds of the sleep-wake cycle. Thus she connects different interpretations of the term “watershed”: the figurative meaning of it being a threshold, a turning point, a decisive moment…