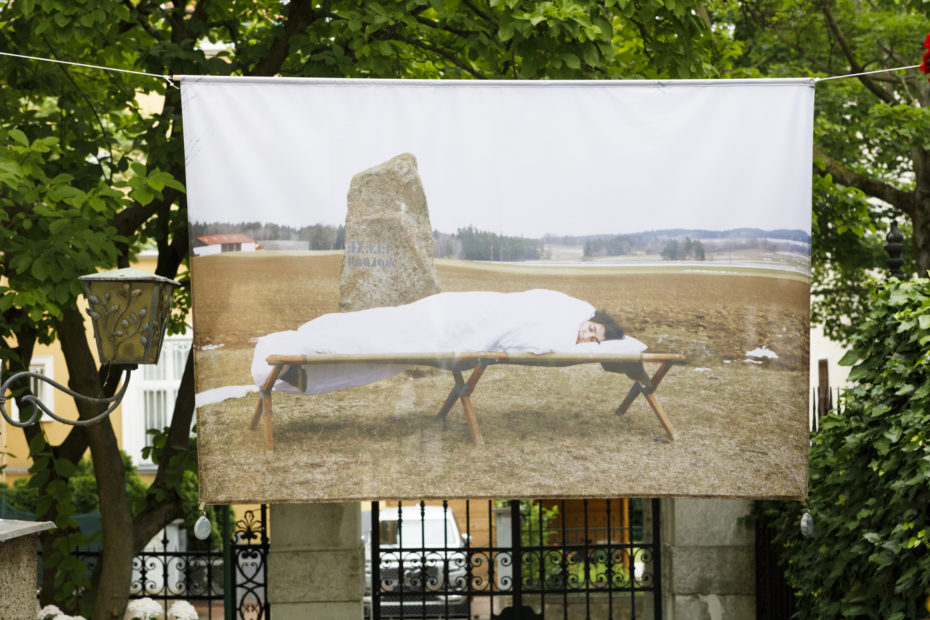 A new video is online – introducing the seven artistic contributions of the SHARING WATER exhibition on the hydrological and cultural impact of the continental watershed and rivers’ courses in Europe.

The video was created by Christian Prinz – thank you very much for the professional and inspiring cooperation!

The current presentation at the House of Switzerland in Multilateral Vienna kicks off a two-year journey through Europe that the SHARING WATER exhibition will embark on starting in September 2021. The exhibition will be shown in regional houses near branching points of the continental watershed, thus emphasizing the connection between these locations. (more information)

Stefan Fraunberger (A), Anne Glassner (A), Klara Hobza (CZ), Regina Hügli (CH), Barbara Anna Husar (A), Elisabeth Schmirl (A and Nives Widauer (CH) have contributed actual works, the majority of which were created especially for the exhibition. They deal on the one hand with rivers as connecting bodies, such as Nives Widauer (CH)
with portraits of European rivers in the form of mural-like, carpet-like collages (“Flusslaeufer”) or
Klara Hobza (CZ), with the project “Diving through Europe”, which focuses on the as a gigantic connecting axis and traffic line of the Rhine and the Danube, connected via the Rhine-Main Canal. 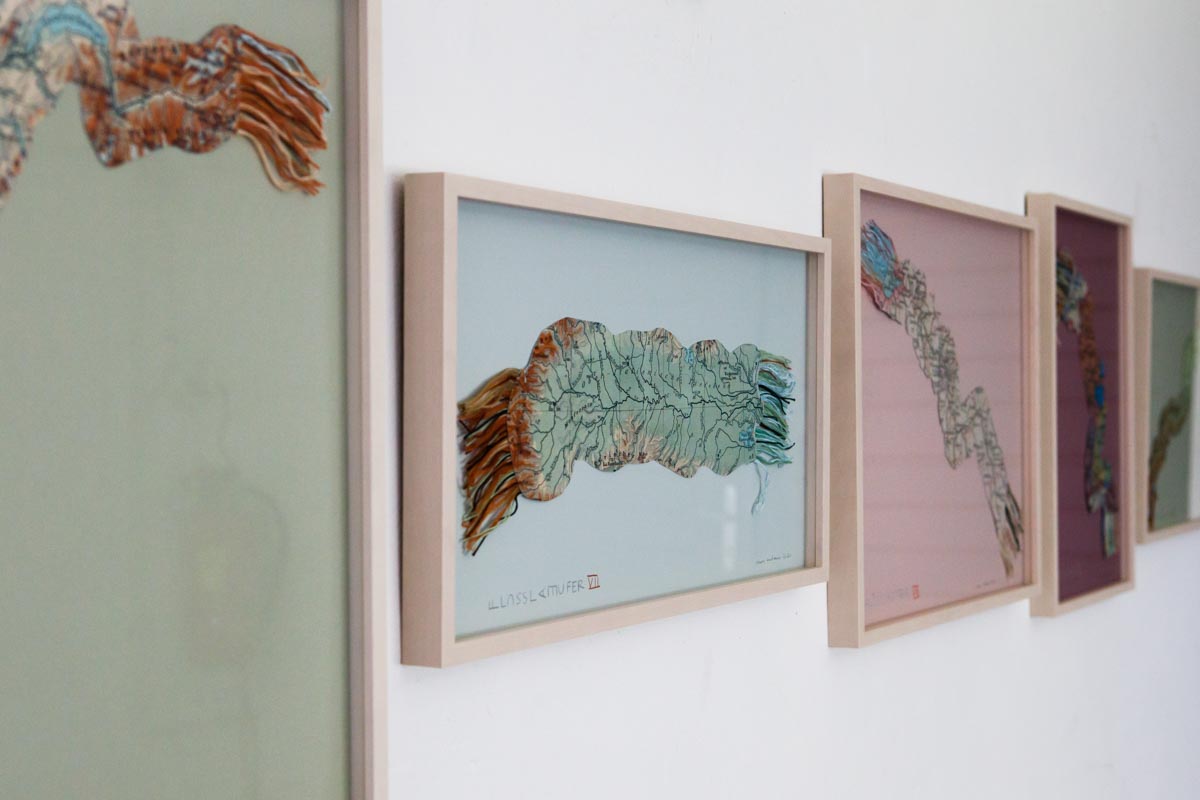 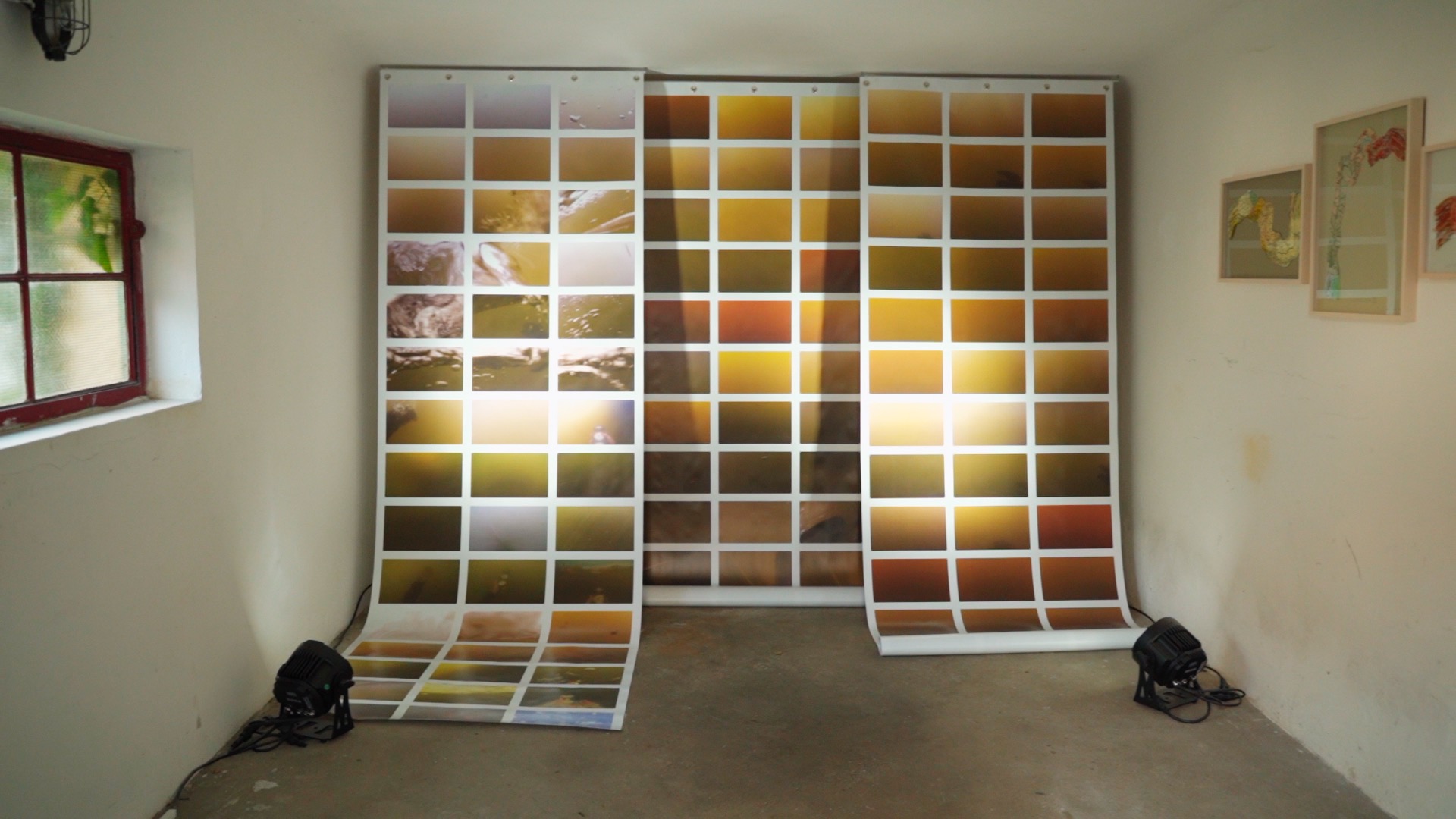 On the other hand, the watershed itself as an invisible threshold and its branching points as rare triple watersheds and node points are the focus of the artistic works. The Austrian artist Anne Glassner, for example, chose the main water divide between the Elbe and the Danube as the location for a sleep performance in which she links the state of consciousness between wakefulness and sleep with the hydrological threshold situation.
Musician and composer Stefan Fraunberger (A) conducted several days of field research at the triple watershed at Pass Lunghin (CH), where the enormous range of the water flow from this silent “zone zero” to three marine destinations (Black Sea, Mediterranean, North Sea), through three huge European cultural rivers (Danube, Po, Rhine) led him to a new interpretation of Franz Schubert’s works “Wohin?” and “Wiegenlied des Baches” (song cycle “Schöne Müllerin”, 1823). 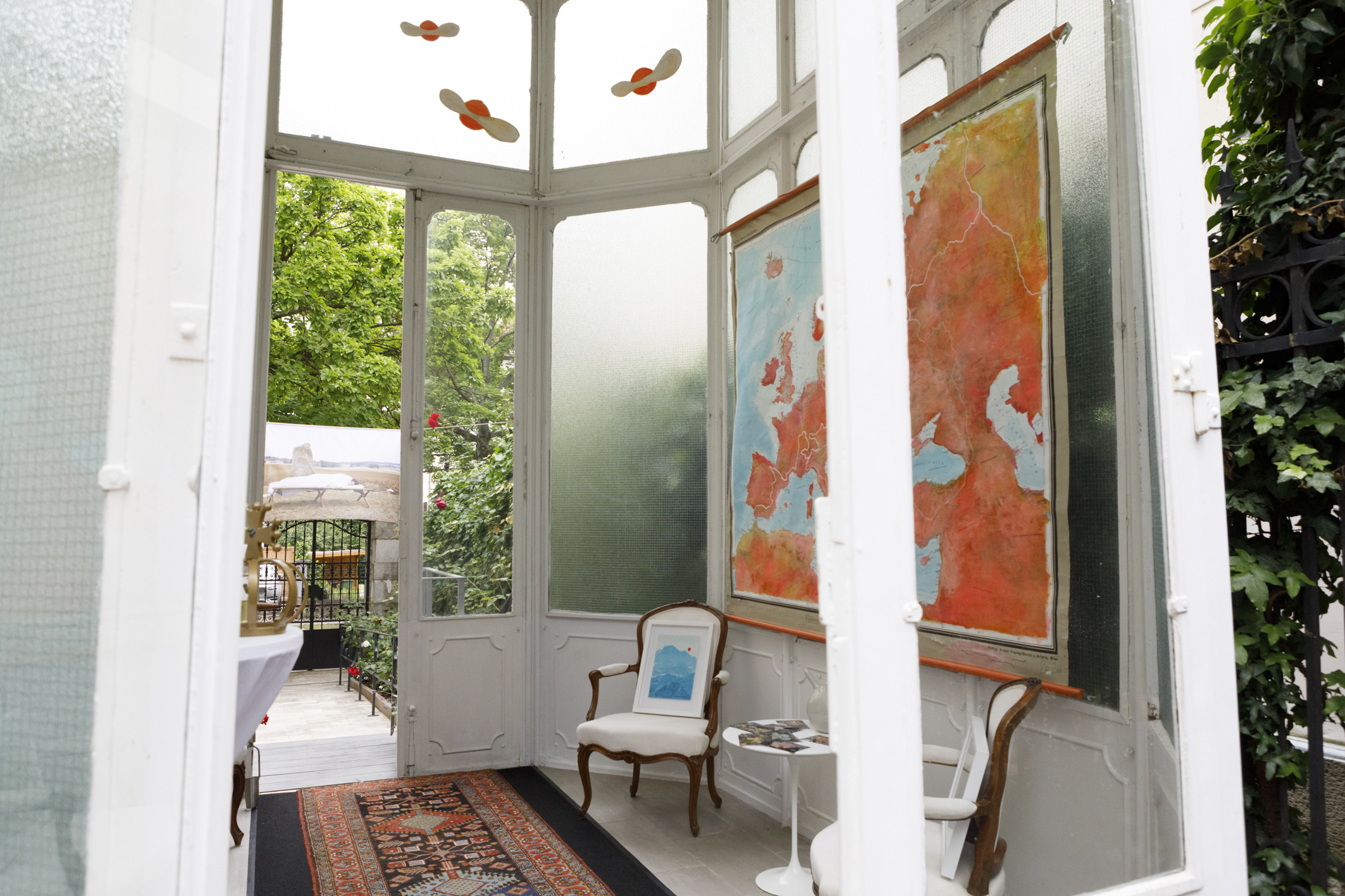 The term “watershed”, in linguistic usage also metaphorically used as a moment of decision, threshold – or crossroads, thus receives yet another level of interpretation, which is also particularly relevant for the contribution of the Vorarlberg artist Barbara Anna Husar. Husar creates a “ritual for the earth” with her social sculpture “Flying Udder”, an udder-shaped hot air balloon, above the triple watershed at Pass Lunghin.

The ritual surrenders children’s collected wishes and thoughts for Earth’s future to the wind and the three directions of water flow. “Children’s wishes are a tremendous mental force that we trust. They initiate and support an appreciative relationship between people and planet Earth,” say Regina Hügli and Barbara Anna Husar, who has also taken on the role of artistic navigator in the SHARING WATER project.

The ongoing exhibition is hosted by Swiss ambassador to the OSCE, UN and other organizations in Vienna, Wolfgang Amadeus Brülhart. Here you can read a short press text by him published at iglobenews.org about his view on the cooperation with SHARING WATER.