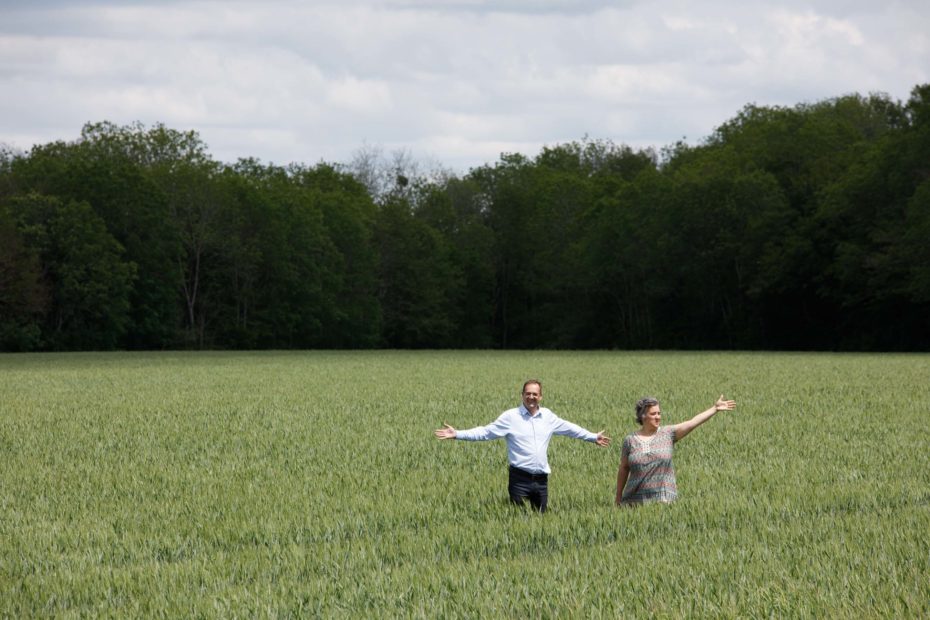 After postponing our research week due to the travel restrictions of the last year we finally made it to our research week at the fourth and last triple point of the water shed at the Plateau de Langres in France.

The triple point is inconspicuous and unnoticed in a cornfield, we had difficulties ourselves to locate it exactly despite maps. We met two mayors of the neighboring villages, they now want to signpost the place a little better and use it for tourism. We asked them to stand in the field as a living installation and mark the triple point with its three directions of flow to the Meuse/Rhine, to the Marne/Seine and to the Rhône.

After having visited mountain areas so far, it was interesting to visit a triple point located on a fairly flat karst plain. Again, the location is a water head region, the plateau is very rich in water, with numerous springs. Precipitation percolates very quickly in the karst subsoil – and recent summers have brought with them a great deal of drought – an effect of climate change. The region is an intensive agricultural area and now has a massive problem with the increasing summer drought. We spoke with farmers about their thoughts and measures to address this. Another consequence of rapid rainfall seepage and intensive farming in the area is the pollution of groundwater by fertilizers and sprays. There are communities nearby which can no longer drink from their sources because of this reason.

However, some sources of the groundwater of the area are very famous in the form of medicinal springs and mineral water springs. The town of Vittel for example has signed over the rights to exploit part of its groundwater sources to the Nestlé company. But now the town has a shortage of water due to the exploitation – and has been in dispute with Nestlé for years. We were on site and asked around, and an agreement seems to be on the horizon.

Find some more details of our journey here.