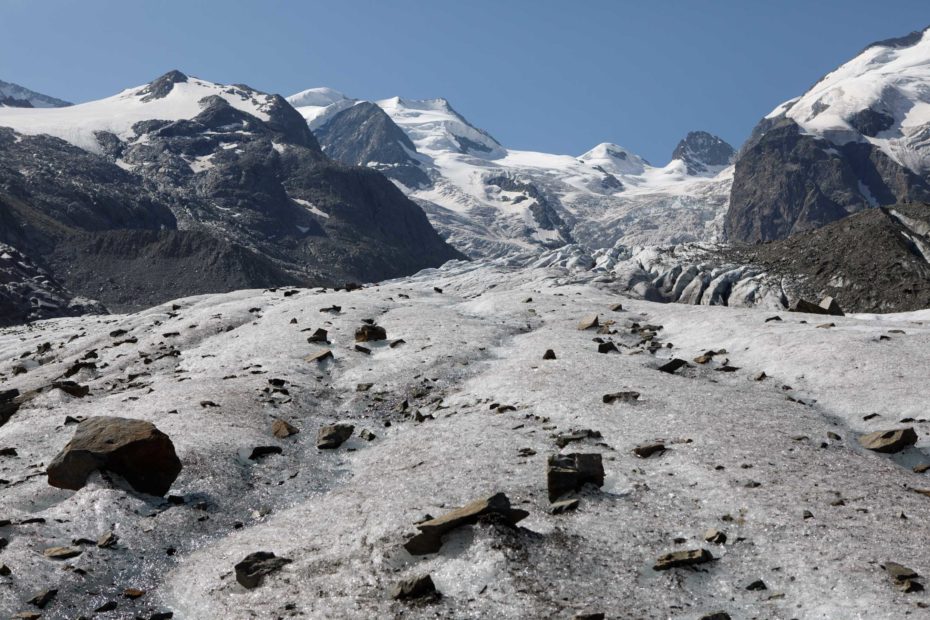 The Sharing Water Project is going to host an interdisciplinary webinar with Swiss glaciologist Dr. Felix Keller and Austrian artist Barbara Anna Husar next Monday December 14th 7.30 pm. We are very happy to be supported by the Swiss embassy in Vienna for this event!
The webinar will be held in German. To participate login here.

About
Two visionary speakers, scientist Dr. Felix Keller and artist Barbara Husar, talk about their ways of taking action for the future, challenged by the ongoing changes on our planet. Their undertakings are very different from each other indeed – but both projects are being implemented in Engadina, Switzerland, and might have a much larger sphere of influence… The online event is moderated by Regina Hügli, Sharing Water.

Speakers
Glaciologist Dr. Felix Keller (Academia Engadina, Samedan, and ETH Zürich) and his team implement a visionary project at the Morteratsch glacier. By recycling the melting water to produce a protecting snow-cover, the glaciers melting process due to climate change can be slowed down significantly. If the project at the Swiss glacier is successful, the method could be used globally at places, where the supply of drinking water depends on the existence of glaciers, like in Ladakh, India. 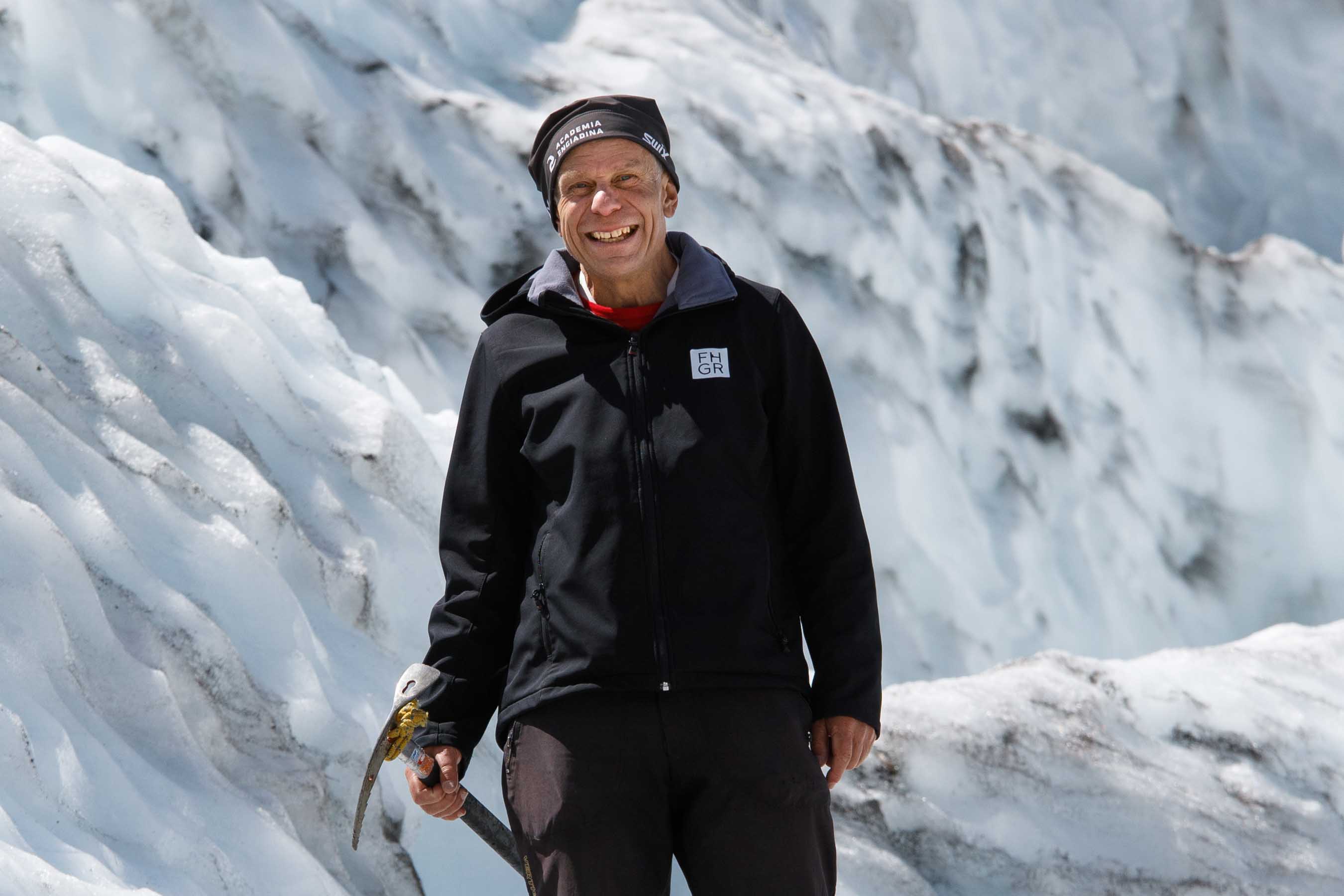 Multimedia-artist Barbara Anna Husar presents the latest mission of her social sculpture Flying Udder – a giant pink hot-air balloon in the shape of a cow’s udder, which rises to highlight actions for a balanced relationship between mankind and earth. As a contribution to the Sharing Water Project Barbara Husar has created the “Ritual for Earth“, collecting children’s wishes for the future of the planet. Traveling by the Flying Udder to the main hydrological node point of Europe, the triple watershed at the Pass Lunghin, she is going to entrust this mental force to the wind and the three directions of water-flow. 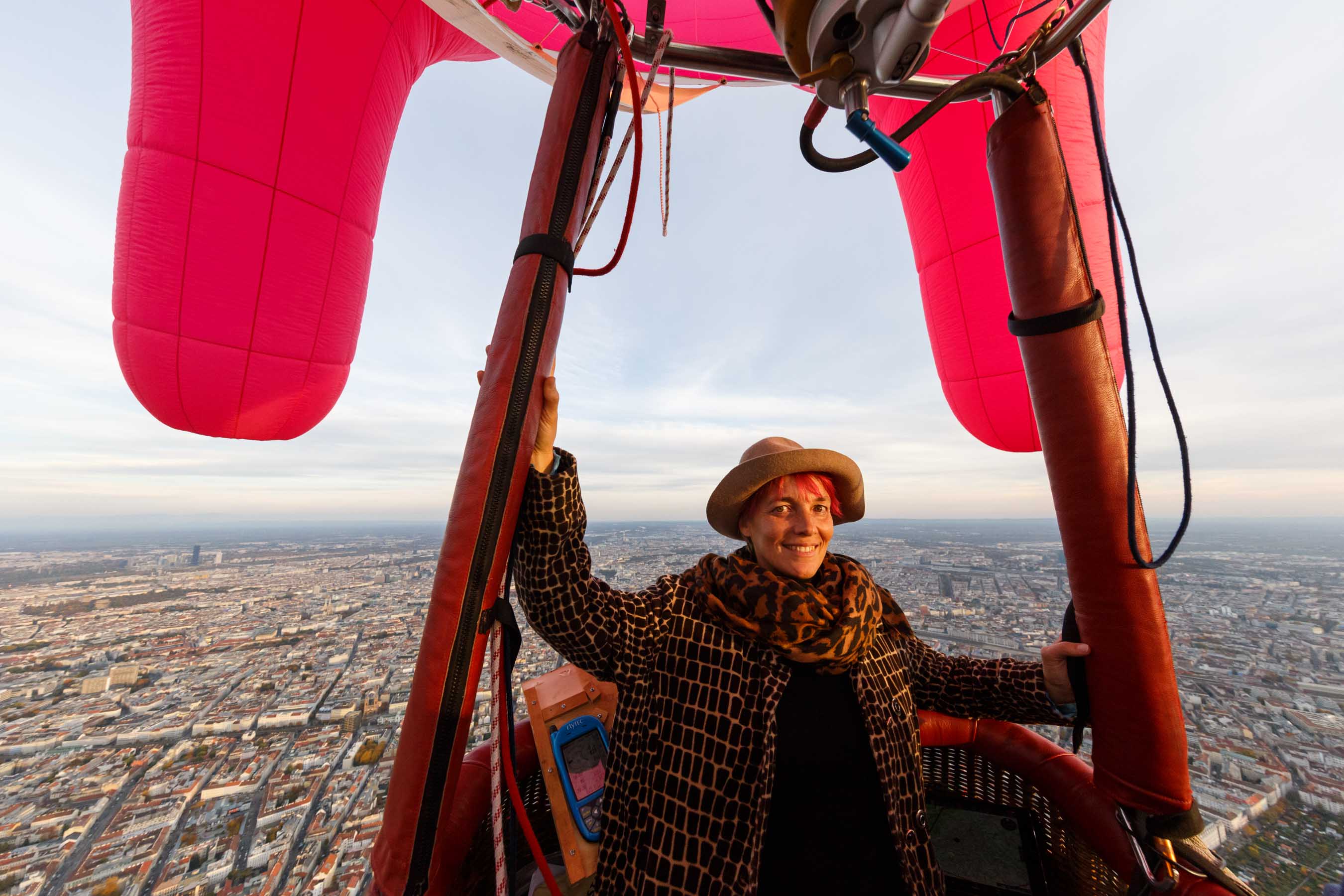 Barbara Anna Husar in her Flying Udder above Vienna 2020 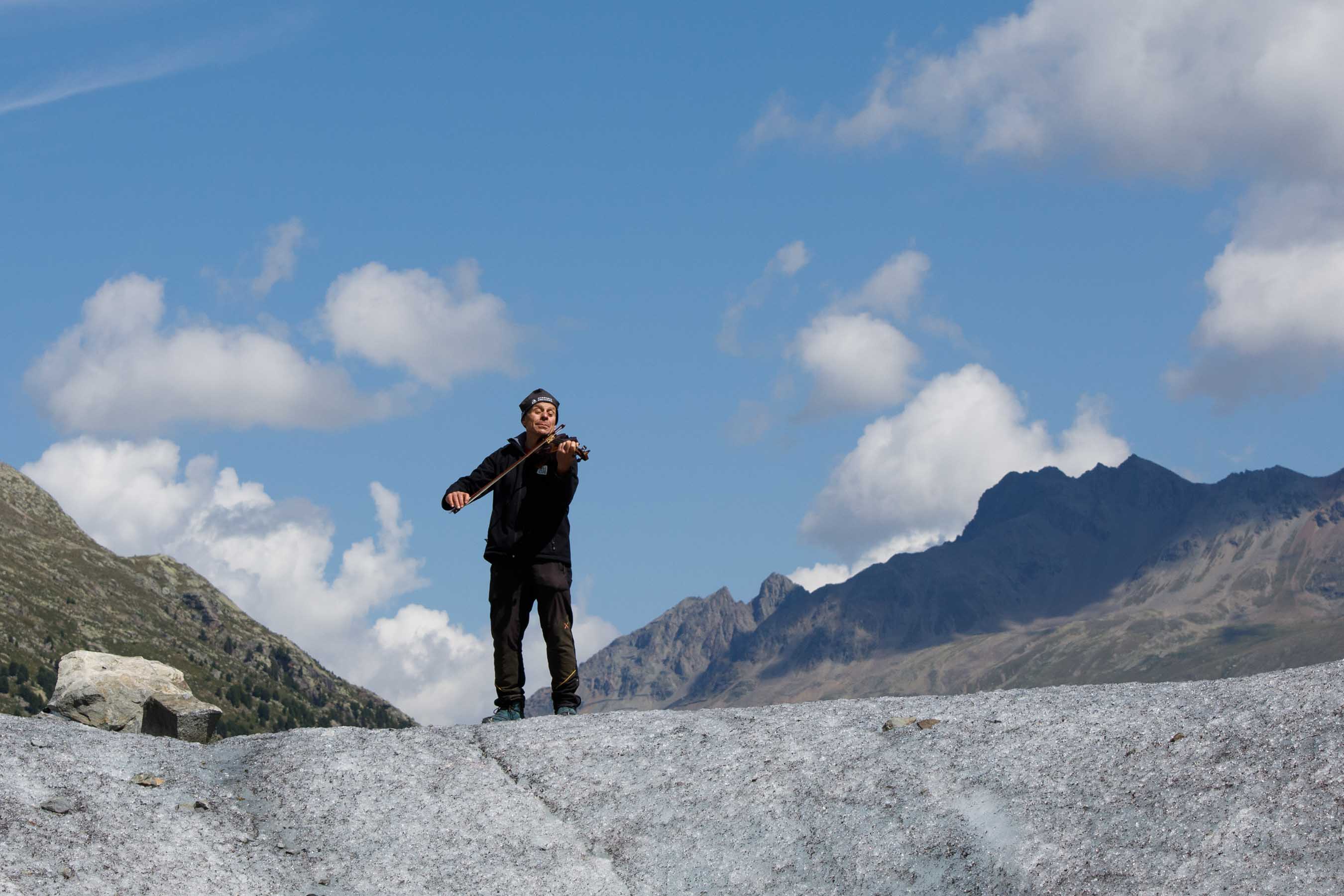 Felix Keller playing the violin at the Morteratsch glacier

Special:
Felix Keller is not only a visionary glaciologist, but also a passionate musician.
At the webinar, we will have the chance to listen to him playing live…